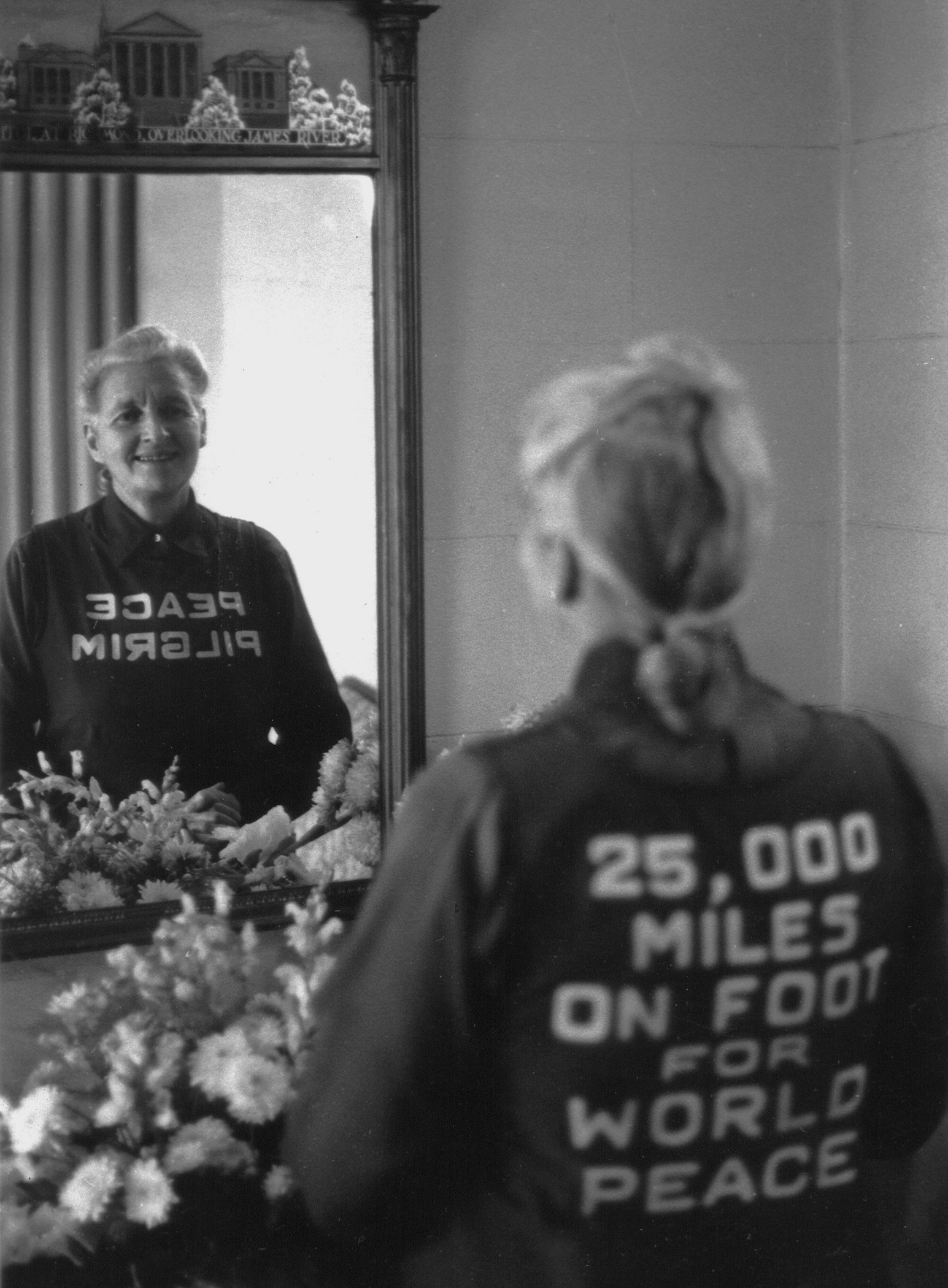 香蕉视频app安卓Smile at it and it smiles back at you."

From 1953 to 1981, Peace Pilgrim was a guest on every major radio and TV station in the USA at least twice. Following are links to some of her interviews and talks, as well as broadcasts done after her "glorious transition."

(See our for these and other video excerpts. We also have a variety of videos and hardcopy publications on the Peace Pilgrim Materials page.)

– On January 1, 2013, the 60th anniversary of the start of the pilgrimage, National Public Radio's All Things Considered ran a nine-minute story about Peace Pilgrim and her pilgrimage.

–  Peace Pilgrim's last radio interview was done with Ted Hayes in Knox Indiana on July 6, 1981, the day before her death. We also offer this as a with a collage of Peace Pilgrim photos. (Transcript - 3 pages)

WHITTIER, CA, BACK YARK CONVERSATIONS (Transcript only 香蕉视频app安卓- 38 pages) – circa 1979, an informal talk with Q&A in the back yard of John and Ann Rush, long-time Peace Pilgrim friends and original hosts of the Peace Pilgrim Center.

NEW PORT RITCHIE, FL, UNITY CHURCH TALKS (Transcript only - 112 pages) 香蕉视频app安卓– 1973 long talk with Q&A and broadcast from WGUL in Florida. It contains Peace Pilgrim's thoughts about things not found in many other places like the war in Viet Nam, conscientious objectors, diet and vegetarianism, reincarnation and more

– 1955 to a small audience two years after beginning her pilgrimage. (Transcript - 7 pages)

INTERVIEWS WITH PEACE PILGRIM'S SISTER HELENE YOUNG (Transcript only - 28 pages) – recorded in 1993, with details about their early family life and their realationship while Peace Pilgrim was on her pilgrimage.

–  Peace Pilgrim's last radio interview was done with Ted Hayes in Knox Indiana on July 6, 1981, the day before her death.

In addition, see our for a variety of news clips and brief excerpts from her longer talks.